Dear Law School Student 1: A Post by Chidera Azodoh for Lily of Nigeria

Heeeyyyy my lovelies! Welcome to this week's latest post. If you follow me on social media you probably saw all my tease/hype posts surrounding today's blog topic, which probably why you're here. Thank you so much for coming!

In my previous post here I discussed my supposed break, and how I've created some fun series for the blog. Also, you are already aware of my YouTube channel. Aren't we friends? Please if you haven't subscribed, what are you waiting for? Please subscribe by clicking here


The following was lovingly penned down by my not so small baby and friend/roommate of four years Chidera. It has been split into three parts and will run for 3 consecutive Mondays. I hope you enjoy it as much as i did. I hope it gives a law school student hope and inspiration.


Stepping out of the airport and inhaling the dusty murky air that was Lagos state, I wasn't sure if I was still grateful to have been posted here for law school. The past week had been a mix of all sorts of emotions. From anticipation to fear, to worry and finally relief. My sisters had taunted me all week telling me that when my posting which had been delayed for a week finally comes out, I may be posted to Yola or Kano.

I was finally posted on the 11th of November, 2016, to the Lagos campus of the Nigerian Law School. A few months before I was posted, that would have been depressing news as I was certain that I didn't want to go to Lagos. I heard they closed late and I really wasn't about to go through all that stress. I had had enough of bleeding hardwork in University. Obviously, Abuja was my ideal campus but God had other plans.
At this moment, standing in the heat of Lagos with all sorts of people calling out to you to board their taxi, I was nostalgic. After about five minutes, my brother came through and picked me up. As a child, I had visited Lagos every holiday up till 2006. But I was a child and so I didn’t fully appreciate this city. I expected to be stuck in traffic like all the stories I had heard but to my very surprise, it was a smooth ride from the airport to my brother’s house. An hour later, I took all my things to my actual destination: the Nigerian Law School, Lagos campus.

MY FIRST ENCOUNTER......
Getting to law school, it was about 6:30pm and the hostels were dark. There was no power, the generator had not been turned on and there were students everywhere. I approached the hostel supervisor and introduced myself. I showed him all my documents proving that I had been posted to Lagos campus and that I needed a place to stay which they called ''temporary accommodation'' until I finished my registration and got an actual place to stay. The hostel supervisor responded in that lackadaisical way that Nigerians do that just upset me. He said to me ''ehhh, there's no temporary accommodation. There's nothing I can do about it. But go up and check. If you find a room, stay there.'' This was my first encounter with the Lagos campus of the Nigerian Law school. I was tired and couldn't honestly believe that he had just said that. Well, I was the one in need of a place to stay right?! I swallowed my annoyance and went in search of a room to stay. After going through what seemed like 20 rooms, I found nothing and came down. Since my brother’s house wasn't so far away, it was my only other option.
THE NEXT DAY....
Tuesday morning, I headed back to law school to attend the induction and to start my registration. All the lecturers and directors were seated dishing out many dos and donts to the all too eager students. Well most, if not all, were eager about the institution. I was already tired of the process before it had even begun (understand this, I don’t like long speeches). I quickly found a seat at the back with my friends from University; Chisom and Chukwuemeka, and asked to catch up on what had already been said. Further to my right was Marcus, a friend I met the previous year at a CLASFON conference. One thing that struck me about it all was the enthusiasm of some of my mates. They were enamored by the simple fact that they were in this institution.  For some, their enthusiasm remained till the very end. For others, the realities and the very nature of the institution crippled theirs.

After about an hour of speeches and rule dishing, the real struggle began. We had to line up on this long queue to get out tellers changed to receipts. The process was the same with all administrative staff in this country. Hectic and unrealistic. The fact that it is something that is done every year leaves you confused as to why it’s still such a difficult process. Next, we moved to a different room to queue up and have our names ticked. We were also given codes on a piece of paper to access the Lagos campus website and fill in more details. It was either my lack of enthusiasm or the process was unnecessarily cumbersome. This is the 21st century and things should be easier. It took me about 3 days to finish my registration with the student affairs. After which I had to commence the registration in the hostel and the medical centre. At this point, I had found a place to stay temporarily on campus. The room over looked the Lekki-Epe expressway and the Lagos lagoon. At night, it was a beautiful sight to behold. But there was one major problem; the noise from the cars.  All day long, cars were driving on that expressway, honking, drivers bickering and sometimes, there were accidents. Besides the noise though, I thought it was really beautiful. Plus, to be fair, this was Lagos and space was tight, you took whatever you were given with gratitude in your heart and moved on.

Five Days of the Week in Lagos Campus...
By the following Monday, lectures started. Before one could gain access into the hall, you had to thumbprint to record your attendance. This thumb printing machine was a seat of power to the non-academic staff. It was the one thing that gave them power right after their ability to issue you with a query. It was also when they scrutinized what you were wearing. Law school had its dress code, but if you were in their good books (however people got in there) you could honestly get away with wearing anything. Once it was 9am, all the machines stopped working. At least outside where they were kept. It was the norm to see students following the staff into their offices once it was past 9am and begging to be allowed to thumbprint. I can’t tell you whether it worked in there or not, but you can try it for yourself.
We had lectures every day of the week. I found myself in group eight because eight was the last digit in my registration number. Everyone had to sit with their groups and we had permanent seats.
Sorry, I’ve said so much without introducing myself. My name is Chiderah Azodoh and I made a first class from my university. Can you already tell that it was expected that I should make a first class from Law school as well? That was the expectation everyone had of me so obviously, it became the expectation I had of myself. As the good student that I was trying to be, I came to class prepared. I had gotten some materials from Chisom. I had this application that had all the laws that we needed in law school so I was pretty ready for my first lecture.

It was Monday and my first lecture was criminal litigation. Each course had its own day. My first day didn't seem bad at all. Our lecturer and Director, Mr Tijani took his time to do a proper build up of the course and what we should expect and what was expected of us. I was sure that there was nothing in law school that I couldn't handle. It was just school right. I was growing and so was my brain so this task was going to be easy to surmount. I spoke in class that day. A great feat for me because I was never really one to contribute in class when I was at the university unless...
(To be continued...) next Monday 1PM West African Time..__


I hope you enjoyed the first part of this three piece write up? What was University or school like for you? Comment and let me know your thoughts. 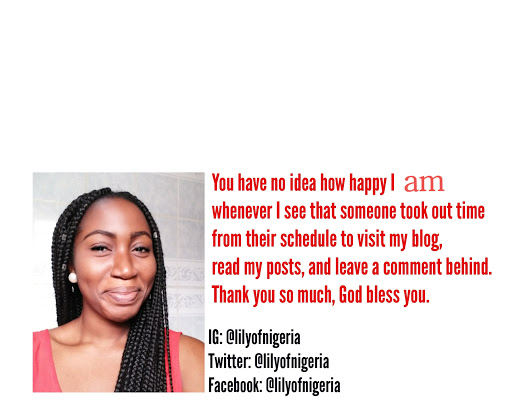 Thank you so much for your time and comment, God bless you. I hope you come back soon.

Your Friend,
Alexandra (for Lily of Nigeria).
Labels: Lifestyle

Please leave a comment on what you think about this post.
Each Comment is sincerely appreciated, read, and will be replied. If you leave a link behind, I will try my best to reciprocate the visit.
PR friendly, email: 1ladynigeria@gmail.com


Let's be friends on social media follow @lilyofnigeria
Thanks for stopping by, come back soon :) 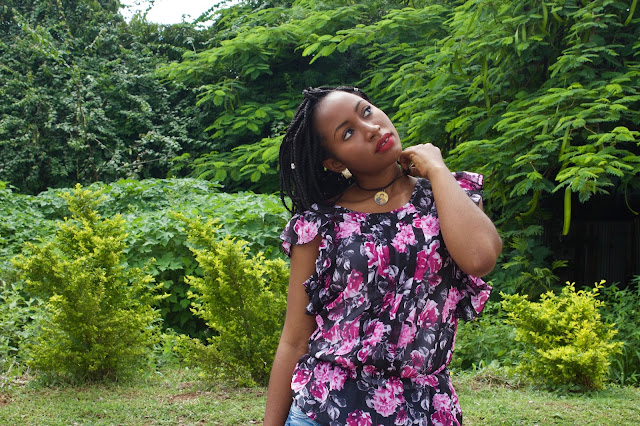 GROWING APART| Tips to Help You Fix Your Friendship 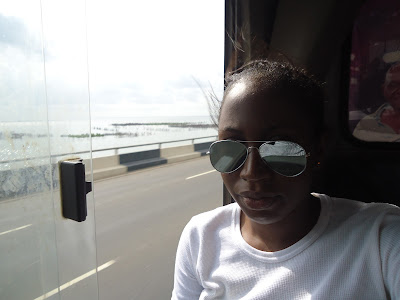 AN HONEST REVIEW OF ASWANI MARKET LAGOS- MY EXPERIENCE

Lily of Nigeria
:) Hi! Welcome to my blog. I am a lawyer, fashion writer, recipe developer/creator, traveller and beauty blogger who enjoys sharing fashion tips, law school tips, reviews, relaxed hair care tips, DIYs, travel adventures(follow me on Instagram @lilyofnigeria and check out my highlights). Follow me on Twitter where I share my experiences @lilyofnigeria I take Copyright very seriously. YOU MUST GIVE ME FULL CREDIT AND A LINK BACK TO MY BLOG FOR ANYTHING COPIED after receiving a go ahead from me. Thank You for visiting darling, come back soon :) Let's make magic in a future post, send "that email" to: 1ladynigeria@gmail.com